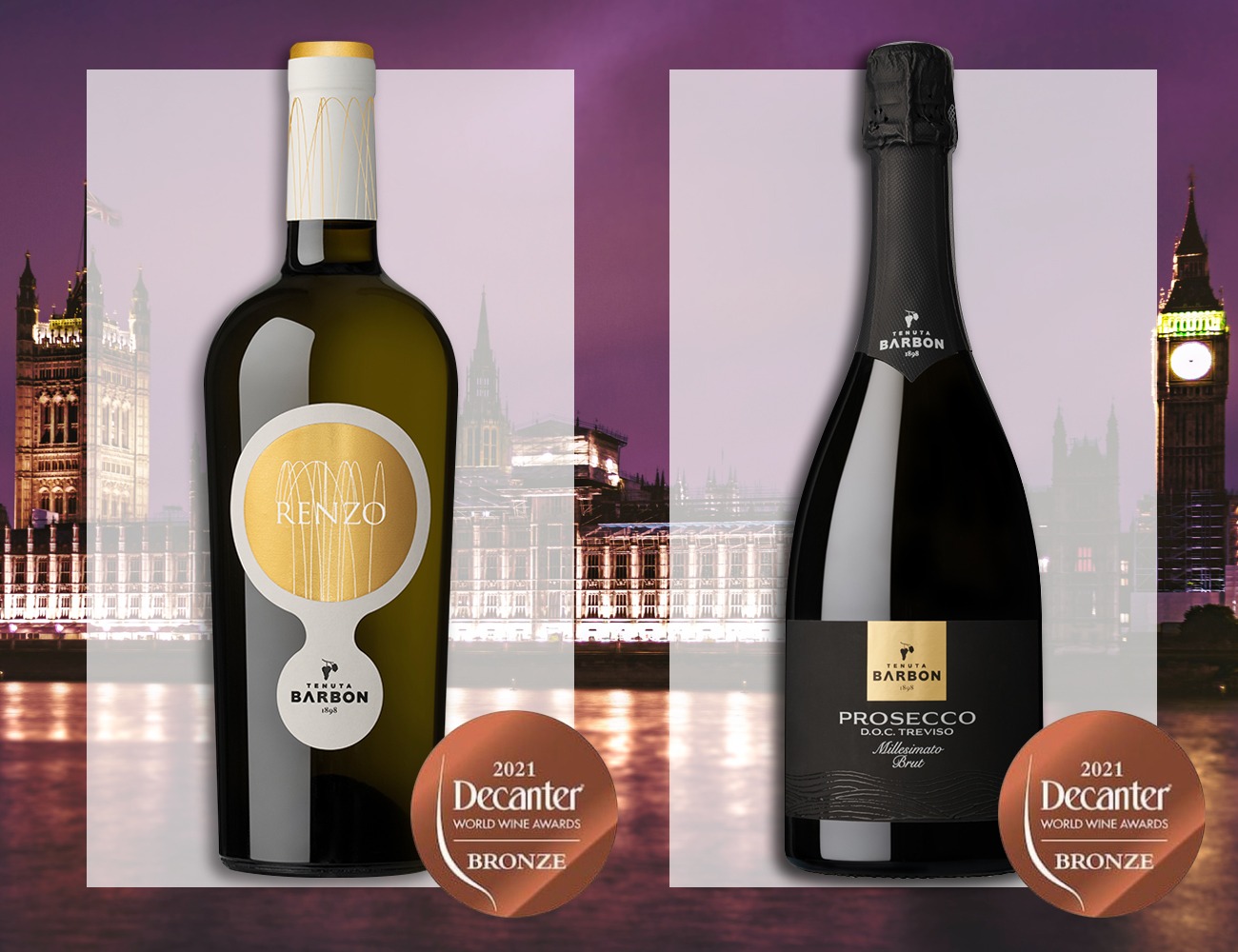 The results of what is called the largest and most influential wine competition in the world have been announced, the Decanter World Wine Awards (United Kingdom) now in its 18th edition!

The passion and respect for the land that Tenuta Barbon puts into it every day have been awarded two bronze medals!

The prize was awarded to our Prosecco DOC Treviso Spumante Millesimato Brut 2019 and the “RENZO” Manzoni Bianco IGT Marca Trevigiana 2018.